Your skills as our auctioneer are unmatched and the financial success of the auction was largely due to your efforts.

Fagg's Mitre 10 Home and Trade, Give Where You Live, Geelong

“You really are the best”

Pathway found for Zero deaths by 2030

At a breakfast function at the Weston Hotel in Martin’s Place, Sydney last Thursday the National Breast Care Foundation celebrated its 25th anniversary.
CEO Professor Sarah Hosking opened the breakfast announcing a ‘Big Audacious Goal’ of Zero deaths by 2030. This is a giant leap those with breast cancer but so was going to the moon in 1961.
The breakthrough is the ability to analyse proteins in a tumour and then establish an individual treatment pathway for each cancer sufferer. The group of some 350 guests hosted by NBCF ambassador Lisa Wilkinson were amazed by the findings of this research and pledged much needed funds for ongoing support of the program. #zeroby2030 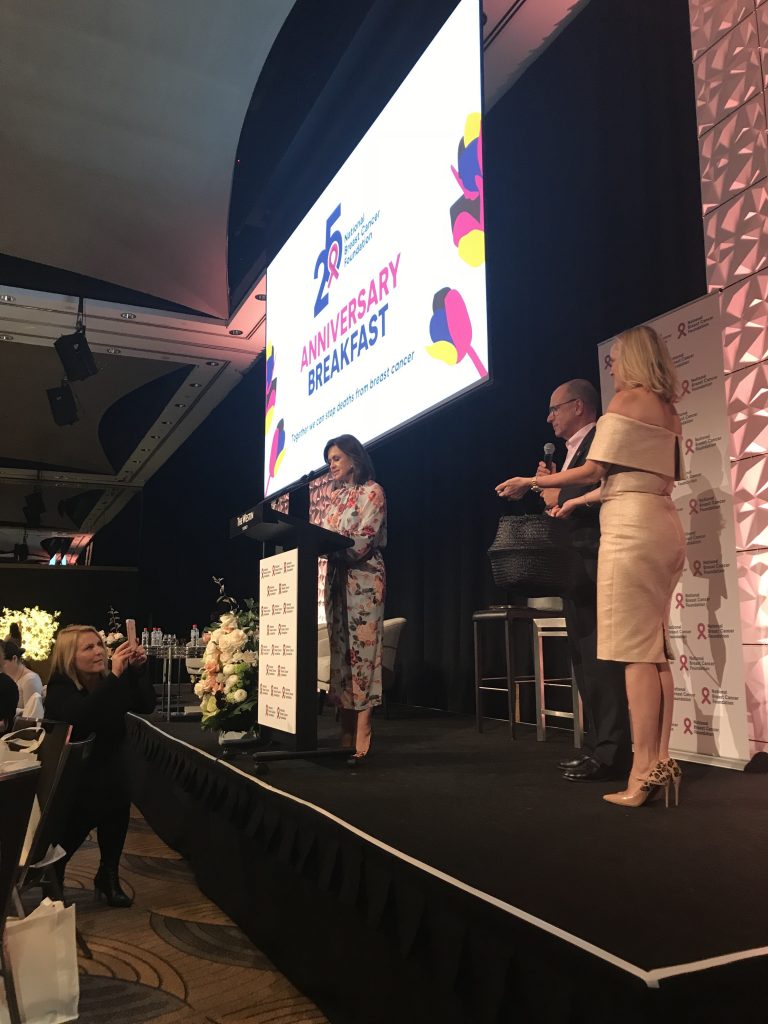