Phil and I have trained together over the past 6 years, at times intensely and others just the odd catch up to freshen up my skills. Either way, I always gain something from our sessions together.

On behalf of the Royal Melbourne Hospital Neuroscience Foundation I do want to thankyou for your considerable efforts at the dinner last, Friday night. As you certainly would realise the auction was an extraordinary success and this was largely due to your efforts 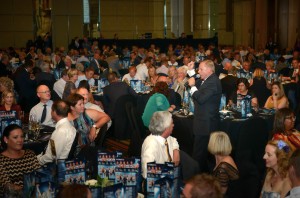 Find out what the team at de Fégely can do for you.