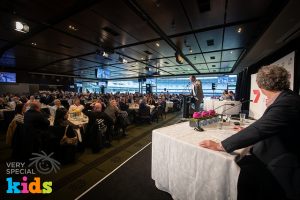 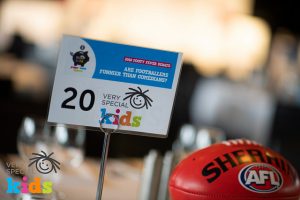 Held at the MCC Membership Dining at the MCG, the Very Special Kids Footy Fever Debate raised over $135,000 through a live auction and pledges.  This year’s debate had a contingent of high-profile football and comedy personalities engaged in a humorous debate which tackled the topic of whether footballers are funnier than comedians. 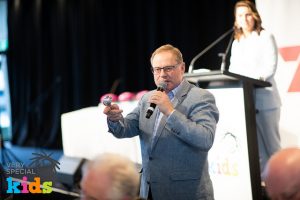