An auction at a fund raising dinner can be just an auction or it can also be part of the entertainment! You succeed in making it both an auction that brings in the money and entertaining at the same time, both for those who were bidding so spiritedly and also for the rest of the audience.

The REIV 2017 Novice Auctioneer of the Year Finals 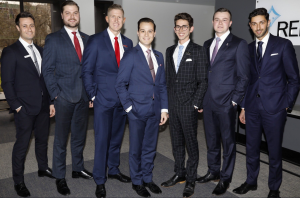 The winner is announced in October at the REIV awards dinner